Astronomy Activity #3: Waawaate and the Magnetosphere 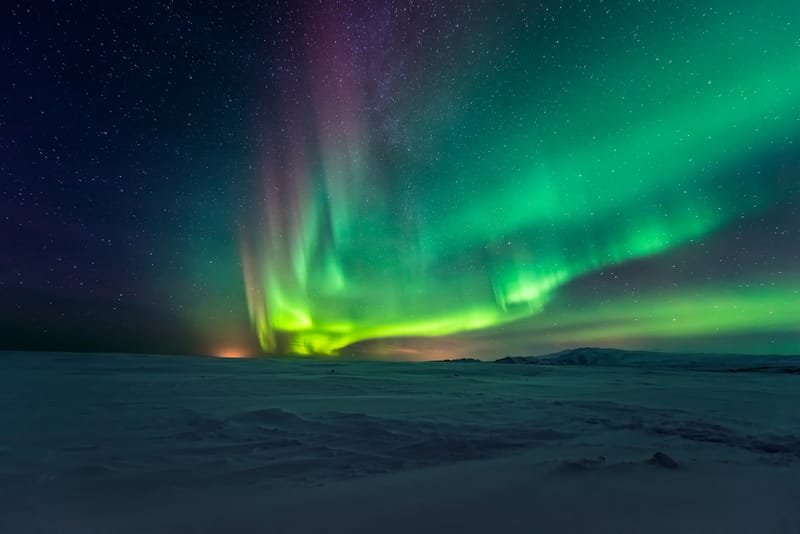 Waawaate is known as the Northern lights or Aurora Borealis in Ojibwemowin which  occur near the North Pole. This phenomenon has been observed by many cultures all over the world, and for thousands of years! They are a visual reminder of the Earth’s connection to the Sun’s energy. Auroras also occur in the Southern Pole, and are known in Western Science as Aurora Australis.

So, how are they created?

Inside of Earth is a molten iron core that rotates quickly, causing it to act  as a large magnet. This creates a magnetic field around Earth called the magnetosphere. Like a magnet, Earth has a North and South pole. When the Sun projects particles known as Solar Winds, most of them are deflected by the magnetosphere  around Earth. However, in areas where  the magnetosphere  is weakest, at the North and South Poles, some particles can make it through the field. Here they become excited and light up the nitrogen and oxygen in our atmosphere, creating colourful Auroras! 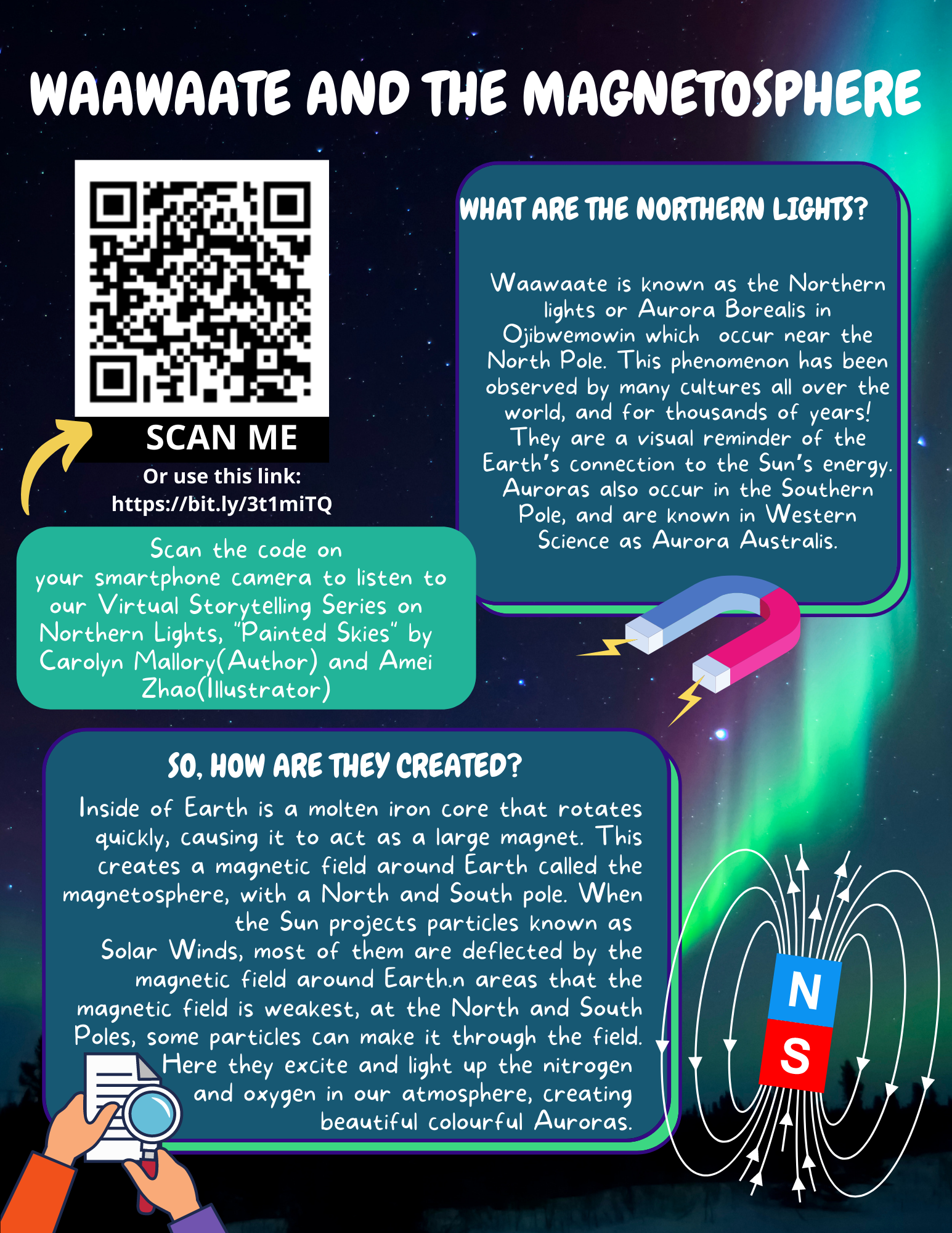 Explore magnetism in your own home!

Using Household magnets, most likely from your fridge, explore what they are attracted to.

What objects around the house possess a magnetic pull like the North and South poles? Use the scavenger hunt list to explore your home and see how many items you can find with a magnetic pull. If you are interested in downloading these graphics, here is link to the PDF file! Giizhigoong Activity Series- PDF.pdf

The Giizhigoong program is supported through a memorial fund set up by the family of Adam Evans. We are proud to support the legacy of science education in the field of Astronomy made possible through this funding. Miigwech!